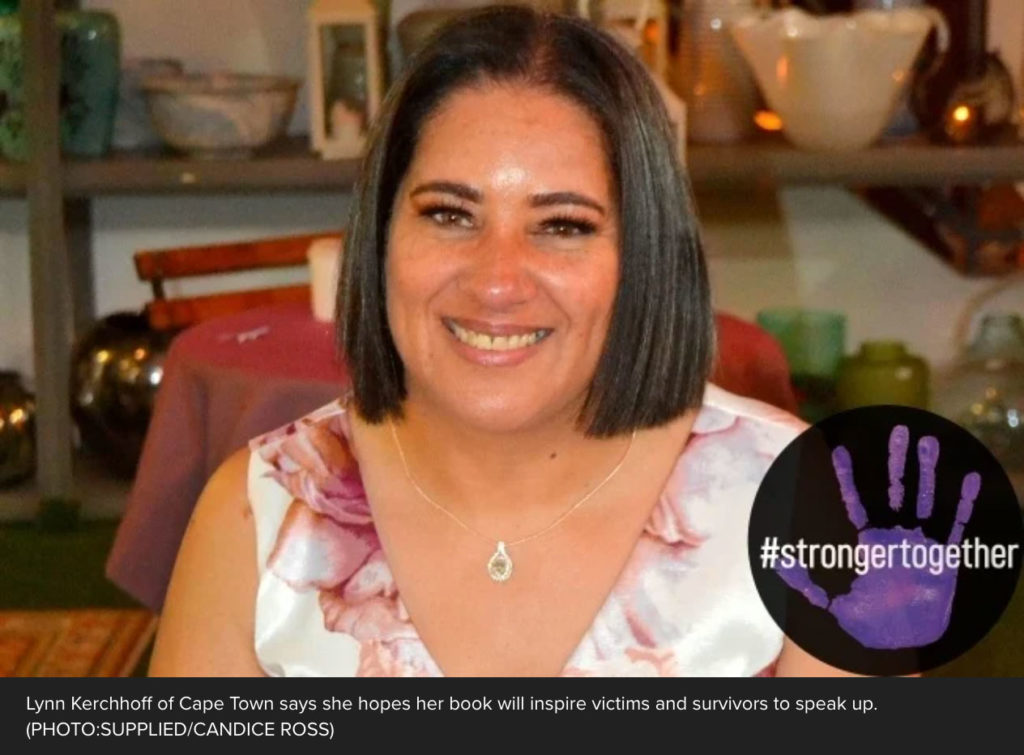 A child being sexually abused by someone known to the family – it’s an all too common and tragic tale that plays out in communities across South Africa every day.
And it’s one of the reasons, after 33 years, Lynn Kerchhoff of Cape Town has decided to share her story in her self-published book, My Shack – A Story of Hope, with the hope that it will be a source of strength for other victims to speak up. “It happened to me many years ago, but it is still happening today,” she tells YOU.
Lynn (44) says the book comprises two parts: first, her being sexually abused in a shack at the age of 11 by someone known to the family; and the second, her being hamstrung by the emotional shack she built up around herself over the years.

“It happened to me when I was 11, and took place in a way that my body became pretty much paralysed and I couldn’t do anything. I knew in my mind that what was happening was wrong, but I wasn’t able to shout out or say no at that stage. I felt powerless,” she says.

Lynn says carrying the trauma through her childhood, teenage years and adulthood was emotionally taxing. “Initially I thought it was my fault, that maybe it was what I wore or maybe I’d asked for it. There were so many things to deal with,” she says.

She initially shared her secret with a teacher but only went for counselling in college. “Only during my last year of college when I met [her husband-to-be] Lloyd, did I realise I had so much baggage to sort out and that’s when I sought help. I believe that if you go to somebody who understands or who is trained to help you, it will make a difference in your life for sure. ”It was when she fell in love, got married and started a family that she decided to open up about her past. “I felt that I wanted to share my story, and that is why I also chose the subtitle A Story of Hope – because I want people to know that whatever they’re going through they can overcome. But you yourself must decide that you want more,” she adds.

Lynn, who has been working in the educational sector for 15 years, says her career choice was intentional. “The first person with whom I shared my secret was a teacher. As I grew older and had kids, I felt the need to work in a school environment. I wanted to be that person to other children. Many kids sit with issues and don’t have a place to offload and share their stories.”

She admits that the book, which came out earlier this month, makes for grim reading in the beginning, “but it does get lighter and beautiful. It’s just really encouraging. “It’s not about colour and there is no rich or poor. It’s for everybody because trauma is trauma.”

Speaking about how she felt when she saw the book for the first time, Lynn says: “It was absolutely surreal. I cried so much when I saw the first copy. Because it was like, here is this girl who came from Athlone who had nothing, who thought life was absolutely horrible and there I sat with a printed copy of my life and the fact that I am able to share it with everybody. It’s been a great journey.” 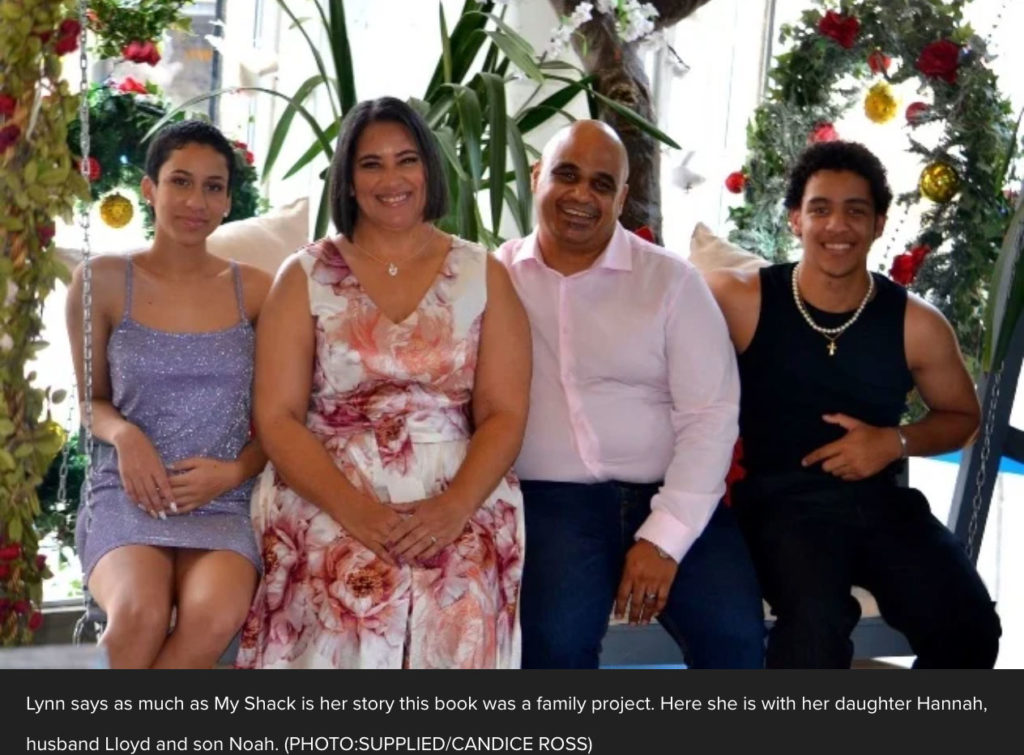 Lynn says the support of her husband and two kids, Hannah (19) and Noah (17), has been wonderful. “They’ve been amazing. Everyone just came together. As much as My Shack is my story, it was our project, which was just beautiful,” she adds.

Today marks the start of 16 Days of Activism against Gender-based Violence, and Lynn says her advice is that every victim should tell somebody what they’re going through. “Many victims can’t tell their families because they fear they won’t be believed or because sometimes the abusers are family members. If they don’t feel safe to speak to family members, then going to an organisation like Rape Crisis or Tears will help.

“I speak about how your truth is your healing. Many of us walk with so many secrets and that makes us even heavier and unable to see the light. So, reach out and know that no matter what you face in life, no matter what you’ve experienced, you have it within yourself to overcome. That is what I want my readers to experience. We can overcome. We have it within ourselves.”